Via news stories espousing free houses in Japan over the last few years, Japan’s countryside is now a myth worldwide. However, there is more to these the acquisition process than reporting suggests!

These properties are frequently more inexpensive than they are free. Additionally, buying property in Japan is convoluted and requires specialized advice. Finally, there are the surrounding communities to consider. While the legends about Japanese rural property aren’t wrong, it can be a very complex process.

That’s where we come in. Akiya & Inaka was created to demystify our namesake:

Vacant properties including, but not limited to, houses. These occur in every place imaginable, from city center, to suburb, to…

The Japanese countryside refers to anywhere outside of metropolitan Japan. Whereas Tokyo or Osaka has skyscrapers and nightclubs galore, inaka has a much more relaxed atmosphere.

We designed our services to enable interested clients in explore the many opportunities in rural Japan. Our services include education on the ins and outs of rural real estate investment, detailed explorations of property and community dynamics, and, of course, assistance in the closing process.

Japanese real estate can be very convoluted, and that goes at least double for inaka property. By digging through Japan’s rural real estate, we have discovered how to easily land akiya. We provide this to you at a premium.

Our goal? To find you a home in the Japanese countryside to call your own.

We produce media, collect articles, and feature our nation-wide network of akiya enthusiasts. We hope these help you learn about opportunities and lifestyles in rural Japan! 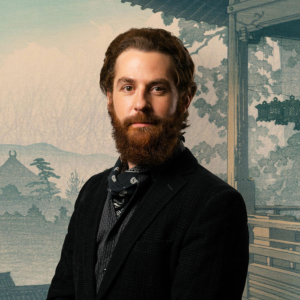 Matt is a real estate marketer, event producer, and consultant. Originally from Pittsburgh, Pennsylvania, Matt moved to Japan in 2009 after graduating from Hobart and William Smith Colleges. He taught English in Miyako, a small port town in rural Iwate in the northeast of Japan’s main island, Honshu. While there, he enjoyed abundant seafood, open-minded musicians, an easy job, and the slow inaka life. But then, on March 11, 2011, at 2:46 p.m. all of that was washed away. A 9.1M earthquake produced a 37.9-metre tsunami that wrecked much of the Tohoku coast. While it washed across the city, he stood outside a hilltop temple, homeless, watching the city burn.

Matt spent the first two months post-disaster organizing response teams in Miyako. Following that, he moved to Tokyo to work with art galleries and NPOs active in Tohoku relief efforts. From there, his career took off, spanning market research, consulting, and serving as Executive Director of the Canadian Chamber of Commerce in Japan. In a very real sense, you could say Matt is a jack of all trades, and a master of fun.

Additionally, Matt has relentlessly pursued his passion for independent, boundary-pushing music. He is guitarist for black metal bands Darkcorpse, Retch, and now Worship Pain. A respected booker and tour manager, he has managed domestic and international tours alike. Matt is also a data-hungry documentarian, cataloguing and analyzing the physical history of Japan’s rich underground music cultures. It is this methodology which he applied to the akiya market, culminating in the genesis of Akiya & Inaka. 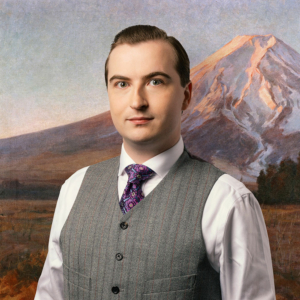 Parker is President & CEO of public relations firm Parthenon Japan, and co-host of the Tokyo Wave podcast. He also has vast experience in Japan’s notoriously difficult to navigate real estate market. Parker came to Japan in 2007 from Chattanooga, Tennessee, where he graduated from Tokyo’s Sophia University. Since then, Parker has been focused on supporting global firms in Japan. His experience spans strategic communications, government relations, and PR consulting.

Parker is an active participant in the Public Relations Society of Japan, the American Chamber of Commerce in Japan, the Canadian Chamber of Commerce in Japan, and the America-Japan Society. He is also passionate about using communication to promote social good. Parker’s 2017 initiative to establish a sister city relationship between his hometown and Tono, Iwate is a shining example.

In addition to his work in communications, Parker has facilitated over 50 rental and purchase contracts. Moreover, he has even served as de-facto advisor on seeking, analyzing, and closing on Japanese real estate. His taste for adventure led him to drive, tour, and stay throughout the Kanto, Koshinetsu, and Tohoku regions. Relevantly, Parker is also an interior design and DIY otaku with hands-on experience renovating houses in Japan.